The People’s History Project (PHP) aims to gather first-hand interviews and documents related to social movements in Guelph, and to create a well-organized, public archive. The PHP aims to preserve the stories, experiences, and histories surrounding the Guelph community’s important role in the broader social movements of our time and in local struggles which have captured past imagination.

This archive aims to be a place an emphasis on documenting the first-hand experience of participants in grassroots social movements. As well, it will preserve a collection of relevant newspaper articles, placards, posters, handbills, and other surviving materials.

Caring for Our Rivers: 20 Years

OPIRG's prepared institutional pamphlet to describe the then twenty year history of the Speed River Project and Clean Up. 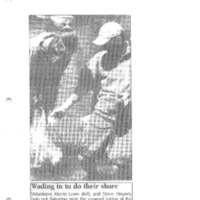 Litter piling up near overpass 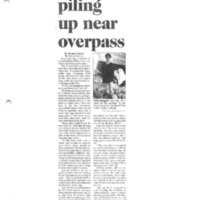 An article and accompanying describing the discovery, over the course of the 19th Annual Speed River Clean Up, of large quantities of garbage… 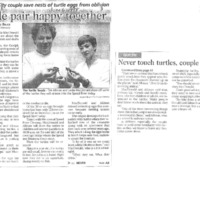 An article regarding the release of a pair of snapping turtles into the Speed-Eramosa River System during the 19th Annual Speed River Clean Up.

The Speed River Project in 1998

From releasing snapping turtles to fighting back against trash collecting under the Hanlon Bridge, the Speed River Project was devoted...